Napern1916 is a youth center open to absolutely anyone between the ages of 13 and 18. Here you can hang out with friends, cook and do all kinds of activities! It is the youth who decides what kind of activities we should have, what kind of food we should eat and what kind of music we listen to. The adults at Napern are there to chat or help with activities.
The youth center is open Mondays and Tuesdays at 2pm to 7pm, and Wednesdays at 2pm to 9pm.
Every day food is served free of charge. If you are interested in cooking, you can help determine what kind of food we make by joining the food group.
Do you want to sing a song, plant a flower, or patch a g-string then you also get it done here. You can game, build a PC, make a movie and otherwise be just who you are.
The adults are here only to be there when you need them. If you want to talk to us, we listen to you. 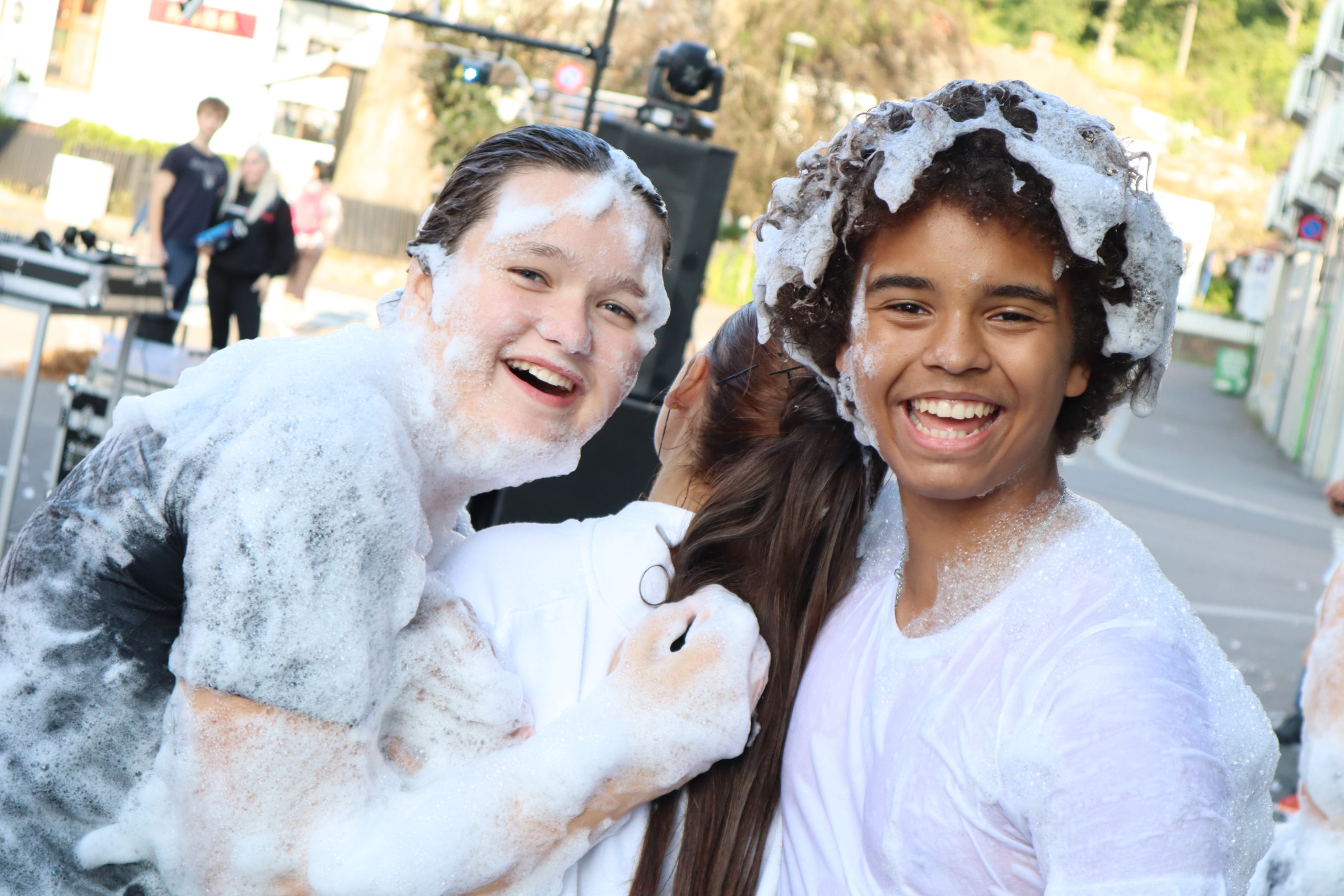 The youth center Napern1916 is operated by Frilynt Norge for Sandefjord kommune.

Frilynt Norge, founded in 1965, is Norway's largest theater organization for children, adolescents and adults alike. We have approximately 18 500 members in 200 theater groups, revue teams, youth teams and cultural associations across the country. Frilynt is party political, religious and linguistically neutral.

In our work with the youth, it is important to show what they can do without telling them what not to do. We want to create a good relationship building place. We do this by being good role models, and safe adults.

Napern's history from the early 2015

The apple project was evaluated to be so engaging that we applied for funding from the public health coordinator in Sandefjord kommune and received a positive response to the application to purchase an apple press. In January we had a fruitful meeting with the management and watchmen at Hvaltorvet, and agreed to have closer dialogue and cooperation on those who walk around the center.
We got to experience VR glasses at Dreamport and have since had a great dialogue and get to use the place by appointment.

During the winter break we arranged a trip to Larvik skatehall in anticipation of our own (?)
Collaboration with primary schools even closer. We gave lectures at the annual meeting of the National Association for Public Health and for the Dementia Association. We also had a singer from our own "stable", as a result of a commitment to bands and studio.

In the wake of the December 2018 concert tour, a new concert was called for and we searched the track for more funds from the Directorate of Health. We were allocated funds and “Skapern på Napern" became. The Lions gentlemen in Sandefjord took on the responsibility of selling Hjertnes Kulturhus already on May 28, 2019, which they also did, and we had 2.5 hours full package with our own artists and Hanne Krogh in the lead, where we also showed what others activities we have at Napern in the foyer. NRK came and sent directly in advance of the concert. We decided there and then that we booked a new date for 2020! Our ice tea "Nicebreaker" got an heir, and the collaboration with Fjordfolk continued, then with a separate tasting panel with the youth themselves.

This time we got a new drink, but then a healthy drink! This one has the name "Leksedrikk - for de kunnskapstørste" and has already sold big, including at Varden Ungdomsskole and Meny Indre Havn. "Njutn" apple juice managed to produce 300 liters, but because of technical problems with cork/bottles, we had to destroy the most of it.

With 134 at the kickoff this spring, with a foam party in the street, the fall was just to roll on in familiar style and the average visit rate increased.

NRK contacted us and wanted to make a separate broadcast directly from Napern in the program series "Norge Nå", and on November 27 we became national celebrities. We had over 100 youths in attendance that day and the NRK crew was completely put off by the positivity and commitment among staff, volunteers and youth.
This is also the fall where politicians, several lodges and schools contacted us to hear about Napern. In addition, we have established cooperation with STIF basket, Brazilian jiu-jitsu with Ronny Jevnaker. Students from junior high schools will write about Napern and there are still interviews. We are also involved in child welfare cases and have regular contact with preventants in the police about individual individuals.

We are in close dialogue with the NAV leader, and are working together to look at solutions for a house of opportunity in Sperrekvartalet.

In 2017, Frilynt entered into a dialogue with the youth group in the Police and addictologist at the Social Medicine Center about the possibility of creating a music and theater project. The project should be aimed at those who are interested in working with scenic expressions, but still fall outside the offers already in Sandefjord. Through funding from Helsedirketoratet, Musikkutstyrsordningen and Sparebankstiftelsen, the Frilynt music and theater project started in January 2018 with over 40 participants so far. By linking the already established regular activities such as food, music, sewing and dancing, Napern1916 has become a fireworks display of a creative youth culture house.

The spring of 2018 was an unconditional success and several youths took advantage of the offers, and the "talk" that Napern is an ok place to be for youth was constantly receding.

Several adults/parents were constantly amazed at how nice the young people were at the house, and the idea of ​​establishing an apple press and making an "apple map" saw the light of day. We also made an effort to establish a parcel at Bondens Hage, where we put potatoes and onions, as well as some herbs and rhubarb. Lions Hjertnes did a terrific job here, and we set up an oasis where we could bring young people to the experience to have a hiking destination and a good conversation to and from, and not least on our "ground".

We also established a partnership with Sandefjord Fotball, and we gathered a good number of youngsters for the match and made our mark on Eurosport.

After May 17, where we arranged disco at the Verdensteateret, we were given a 7th grade visit, and for a period we were between 80 and 120 on a Wednesday (!)

2017 was the year in which the youth center's activities and services got to sprout and grow. Continuing our focus on food and music, as well as recruiting 7th graders, was the main focus for spring. Through good dialogue with the elementary schools, Frilynt received feedback from adults and young people about what offers were wanted from the young people. A music studio was built and the Lions ladies were involved as volunteers in herbal garden projects, sewing, kitchen and art. In addition, the youth center entered into a collaboration with the local brewery Fjordfolk to develop the youth's own iced tea, N'icebreaker as an alternative to energy drinks. The youths responded well to the increased activity level and Frilynt continued to apply for metropolitan funds from the Directorate for Children, Youth and Family Affairs. The goal was to strengthen the youth house as an open meeting place through activities such as food, herb garden and soft drink production as well as urban activities such as skating and scooting. In addition to the interest in these activities, several cultural activities such as dance, theater, redesign, film production and much more were opened.

After the sudden start, it was clear that the need for the offer was greatly underestimated. The house quickly filled with twice as many young people as initially expected and it became clear that the capacity had to be increased in order to offer a reasonable offer to the target group. In the first half of 2016, the youth coordinators and the secretary general of Frilynt worked on bursts to manage to keep the activity going and at the same time work on a solution for space and staffing capacity. Unfortunately, the organization initially experienced being faced with a lack of solutions from the municipal administration. In most political parties, however, there was a consensus that something had to be done and after an intense period of political meetings, letters and applications, the Culture and Leisure Committee allocated NOK 350,000 in extra funding for the rest of 2016.

Frilynt was therefore given the opportunity to hire two new youth assistants in part-time positions in the fall of 2016. One of these originally started at the youth house as a hospital from Phoenix. To meet the lack of space, Frilynt's administration moved to new premises on Uranienborgveien 4. This enabled the youth house to dispose of the entire Napergården, in addition to Verdensteateret if needed. After that, the youth center staff could focus 100% on developing activities and creating a safe "second home" for the youth.

In the fall of 2015, Jarle Hem and Marius Granholt were employed in two 50% positions as youth coordinators. In order to be able to offer full-time positions, they were also employed in other projects in Frilynt. The first few weeks were spent on making contacts in the municipal, voluntary and private sectors and to get an overview of existing youth services in the municipality. In November 2015, Frilynt chose to invite to several smaller youth meetings where the goal was to identify what the youth themselves wanted from such an offer. After three meetings, the number of visitors was already over 80 young people per night and the offer was suddenly underway. The funds from the municipality of Sandefjord were mainly used for salaries, food for the young people and for the purchase of activity equipment according to the youth's wishes. 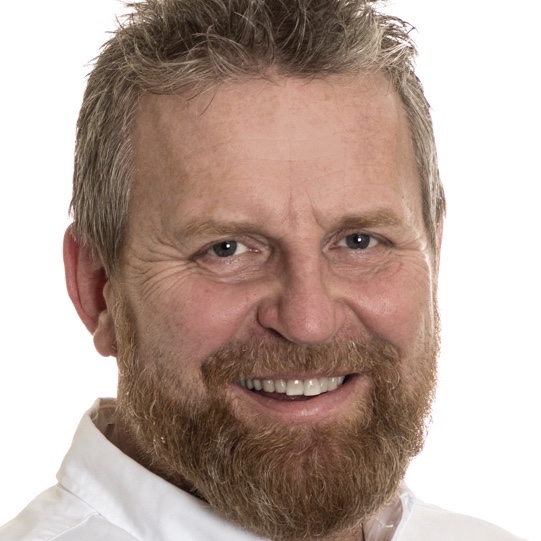 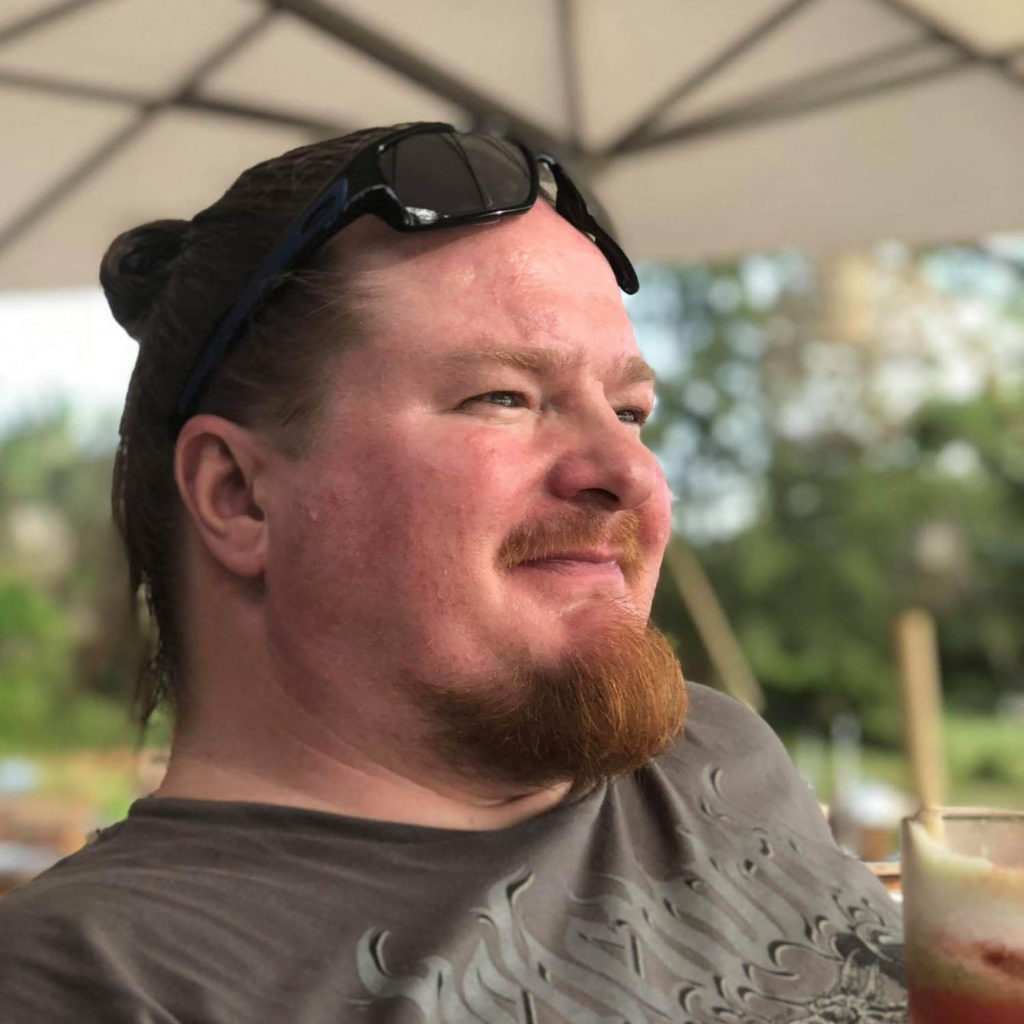 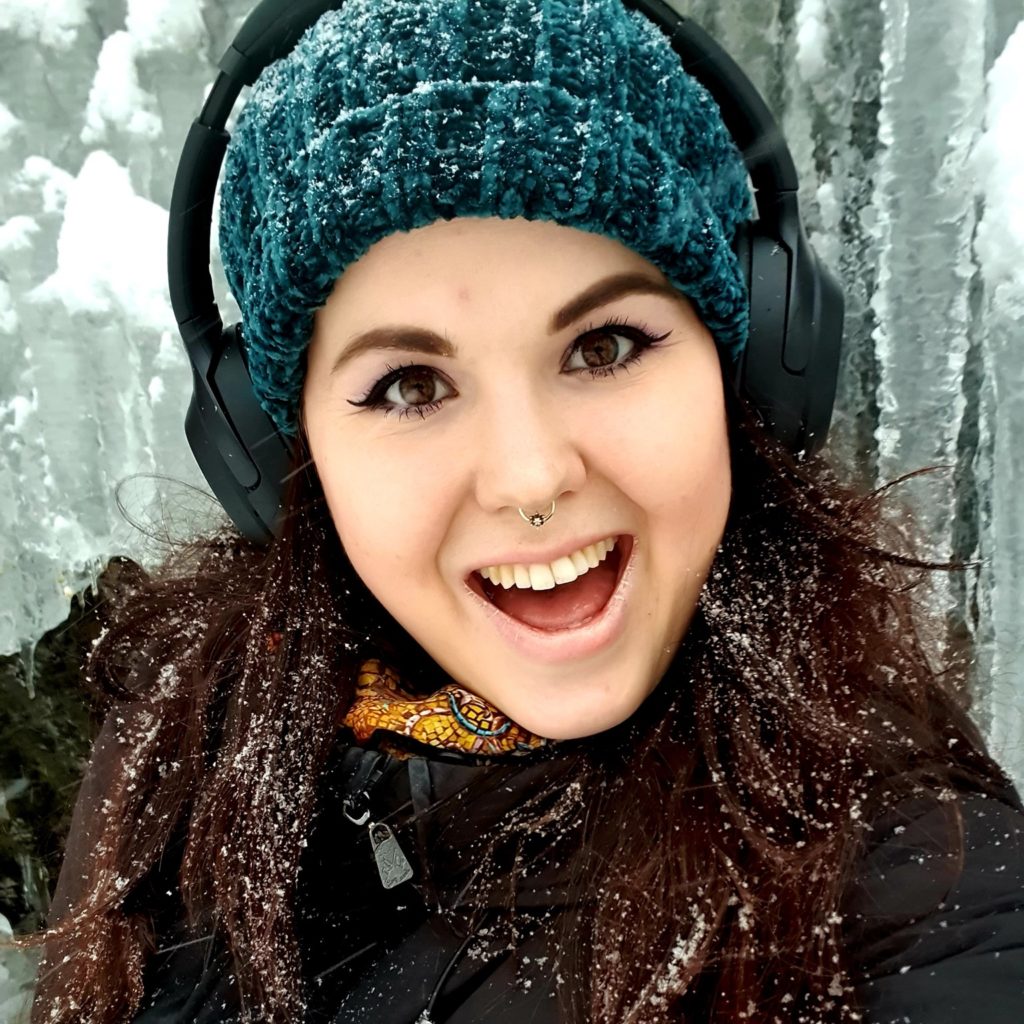 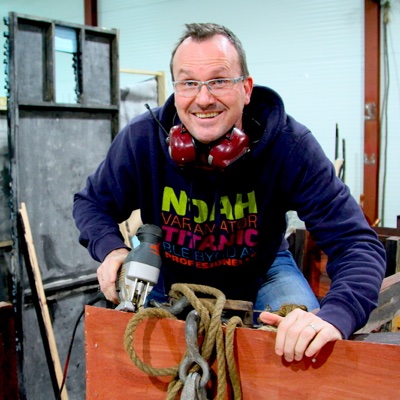 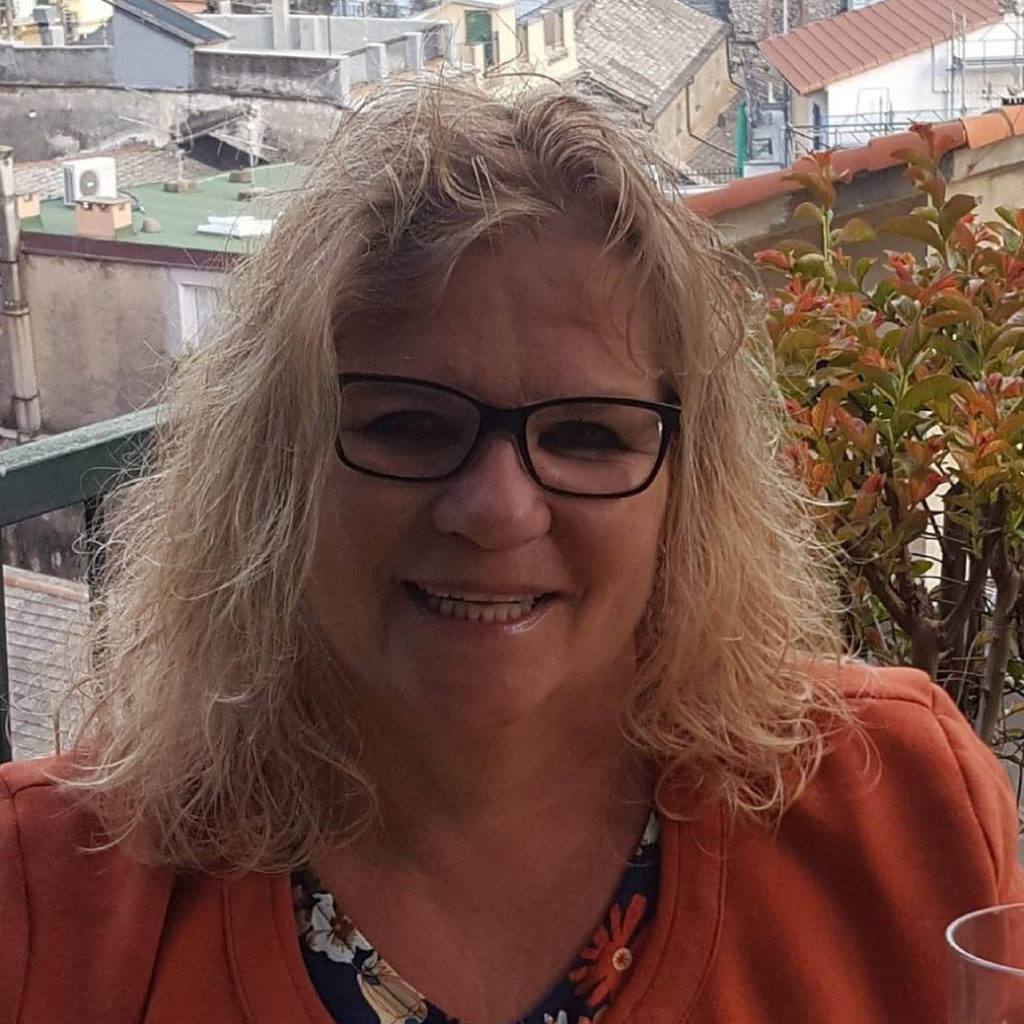 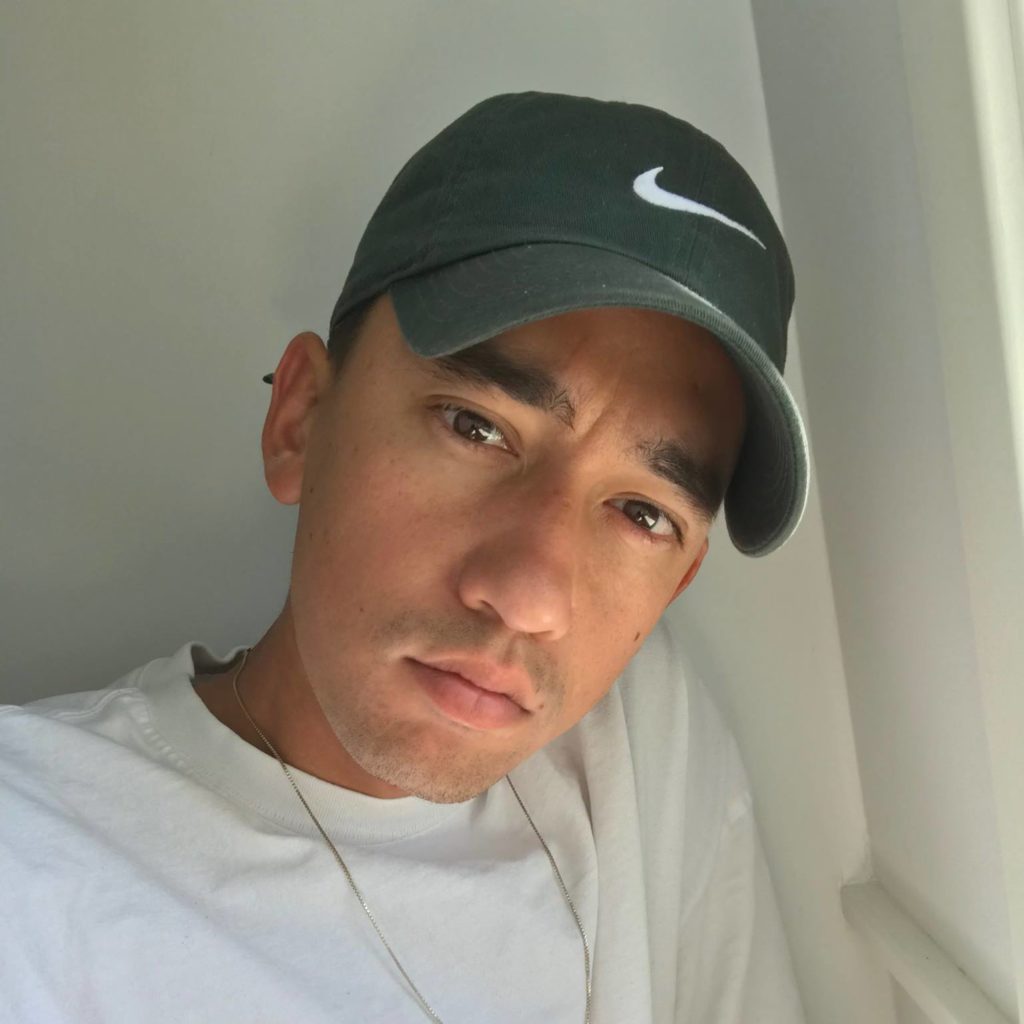 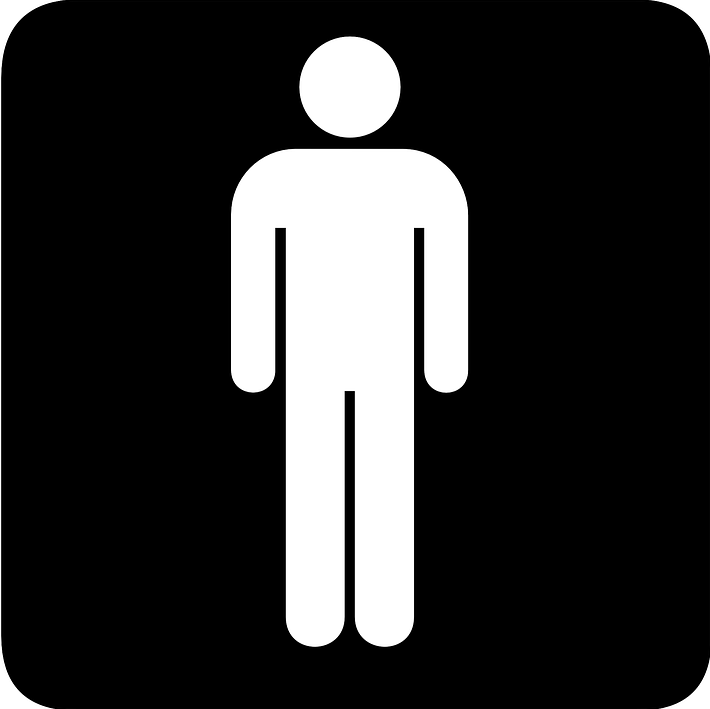